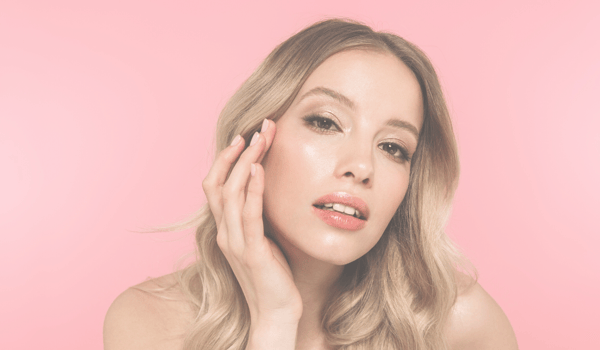 Skin rejuvenation is one of the most sought-after aesthetic treatment results. Still, anyone who's ever dabbled in skincare, cosmetic procedures, or laser treatments knows there's no single end-all method to achieve this desired outcome.

Lasers utilizing wavelengths on the visible/near-infrared spectrum (i.e., 532nm, 577nm, 585nm, IPL, 810nm, 940nm, etc.) can improve most skin pigmentation issues. Several tools can improve skin texture and tone and help stimulate elastin and collagen production, creating a more youthful appearance for patients. This article will examine different ways to improve the skin's appearance through non-ablative lasers, ablative lasers, radiofrequency, and injectables. We'll explore how these technologies work, and what you may gain or miss out on when you use one vs. another.

What Do You Mean, "Rejuvenation"?

Before we dive in, it's crucial to understand the term "rejuvenation." When a patient searches for skin-rejuvenating products and procedures, they're usually seeking to improve their skin's texture and tone. Improving "texture" refers to reducing fine lines, wrinkles, or scars. Improving "tone" implies increasing the skin's ability to "bounce back" or evening out one's complexion. Medical spas often lump in sun damage, dark spots, or vascular lesion treatments under the term "rejuvenation" for marketing purposes. However, skin rejuvenation is not an FDA-approved treatment indication. Patients and practitioners alike should understand what aesthetic results you'd like to achieve before paying for or promoting rejuvenation services.

Our ultimate goal in improving the superficial appearance of the skin is to enhance collagen and elastin fibers' overall health. As we age and continuously utilize the muscles in our faces (i.e., to squint in bright sunlight, or make facial expressions), eventually, the superficial layers of collagen and elastin start to break down. That breakdown leads to short, disconnected networks of elastin and collagen fibers. To restore those connections, practitioners try to cause "trauma," so the body's healing and regrowth process can restore those long extracellular fibers and give the skin it's youthful elasticity again. The results achieved, though, are going to be dependent on the method used.

Non-ablative aesthetic lasers typically have a wavelength between 400nm and 2000nm. Devices in this non-ablative family will range from broad-spectrum IPL to 1927nm Thulium/Diode. The lasers using wavelengths between 400nm and 2000nm essentially target a specific chromophore in the skin to produce the desired effect. Everything in the range from 400-1064 will target either hemoglobin (the red tones in our skin due to blood flow) or melanin (the brown pigment in our skin, serving to protect our body from harmful UV rays).

When practitioners use these wavelengths, they're typically hitting superficial pigmentation, and disrupting that network can help reduce some of those very superficial fine lines and wrinkles. The big caveat to this effort, however, is the absorption curve. Because superficial chromophores absorb these wavelengths in the epidermis and shallow dermis, we cannot get deeper into the dermis to potentially have more in-depth reconstruction to the deep lines and scars. So, other non-ablative lasers may be necessary.

Lasers in the "middle" range can help treat deeper within the dermis. 1320nm, 1540nm, and 1927nm are some of the most common wavelengths used to target this range. Referring again to the chromophore absorption rates, we see that these wavelengths are absorbed less efficiently by melanin and hemoglobin (if at all). So, we focus our efforts on the water in the epidermis and dermis. However, even this absorption is not as significant as some of the other superficial non-ablative options. It's this reduced affinity for the tissue that works to these wavelengths' advantage. By having reduced absorption, we can penetrate deeper into the dermis, given a constant fluence.

Non-ablative lasers in this range are generally considered safe for all skin types because they bypass the chromophores that might make laser treatments riskier for darker skin tone patients (i.e., Fitzpatrick skin types V-VI). These lasers' side effects are generally limited and may leave some lingering erythema, edema, heat, and discomfort. However, because these lasers penetrate a little deeper, treating superficial skin issues (i.e., crepey skin) may not be best suited with these wavelengths.

Ablative lasers may be the simplest of the technologies to understand because there are only two laser wavelengths that truly fall into this category: 2940nm Er:YAG and 10,600nm CO2. Similar to the non-ablative lasers in between 1064-1927nm, the primary chromophore affected is water. However, the absorption by water of 2940nm and 10600nm is much more significant. This absorption results in vaporizing water and the superficial layers of epidermal and even dermal tissue. This vaporization results in removing skin tissue, consequently performing an ablative treatment. Er:YAG lasers at 2940nm take advantage of the highest point in the water absorption curve. Due to this physical property, the practitioner minimizes the necrotic zone, allowing for higher tissue vaporization. The necrotic zone is where the heat caused by laser energy absorption isn't significant enough to vaporize tissue but is greater than what is recoverable in the natural healing response.

Carbon Dioxide lasers have a reputation for targeting slightly deeper tissue than Er:YAG lasers. On the surface level, this assumption is valid due to the lower absorption of water. However, energies produced by an Er:YAG laser can certainly penetrate to the dermis layers or even hypodermis, should such an aggressive treatment be required. Ablative lasers can give the fastest results when reducing fine lines, wrinkles, expression lines, and scars. This effectiveness does come with increased risks of side effects; namely, hyperpigmentation (ultraviolet exposure can exacerbate this effect). Practitioners should instruct their patients undergoing any laser facials to avoid sunlight when possible and wear sunscreen when it's not.

Radiofrequency ("RF" for short) doesn't use wavelengths of light energy to create an effect in the skin to manifest underlying skin tissue restructuring. Instead, it utilizes imperceptible radio waves, radiating at varying frequencies to treat tissue. RF treatments have a wavelength of approximately 100 million times longer than those in the visible spectrum. The goal in RF treatments is to have a purely thermal effect, stimulating collagen and elastin restructuring and production. The tissue temperature will generally need to be around 152 degrees Fahrenheit to trigger restructuring. As a result, burns are possible, as are uneven application leading to indentation, atrophic scarring, and fat necrosis. Like any treatment, these risks are significantly limited when consulting a physician and being treated by a knowledgeable practitioner.

In general, RF methods are able to target deeper in the dermis because some of the chromophores in the epidermis do not absorb RF well (melanin, hemoglobin, and water). This effect makes radiofrequency treatments a good option for darker skin types V-VI because hyperpigmentation is less concerning.

Like Xeomin and Botox, injectables reduce the appearance of wrinkles by numbing the underlying muscles and rendering them paralyzed. These chemicals wear off after some time and require follow-up treatments to retain the effect. The most significant benefit of injectables is that application can be very localized and specifically target the desired area (i.e., crows feet, and forehead and glabellar lines). The idea behind such solutions is that it prevents the use and further pronunciation of the lines instead of restructuring the underlying tissue. The obvious benefit of these minimally invasive treatments is that there is virtually no downtime in many instances.

Finding the Option Right for You

Improving the skin's texture and tone to appear "rejuvenated" can be achieved through various methods. Patients (and their practitioners) need to consider treatment effectivity, downtime, and possible side effects when choosing between ablative/non-ablative lasers, radiofrequency, or injectables. We always encourage patients to do their research and consult with a trusted physician, dermatologist, plastic surgeon, nurse injector, laser operator, or aesthetician. Each patient has different skincare needs, and receiving a consultation can help patients find the best treatment route to take to achieve their desired appearance.

For patients interested in receiving aesthetic treatments, find a clinic or medical spa near your location suing Astanza devices by submitting the form on this page.

To learn more about Astanza's Erbium:YAG resurfacing laser, the DermaBlate by Asclepion, click here to watch a pre-recorded webinar. "Skin Resurfacing Reimagined" is free to view upon online registration. Click here for more information on adding the DermaBlate to your medical spa or laser clinic.